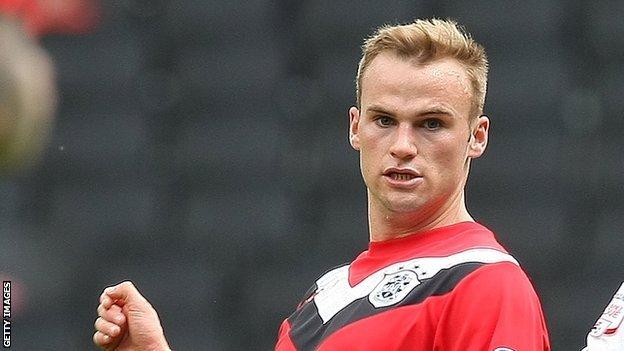 Huddersfield forward Kallum Higginbotham has joined Motherwell on loan until the end of the season.

It will be the 23-year-old's second stint in Scotland, having spent two seasons at Falkirk.

However, after signing for Huddersfield, he struggled to cement a place in the first team and has had loan spells at Barnsley and Carlisle.

Motherwell lost forward Jamie Murphy to Sheffield United at the beginning of the January transfer window.