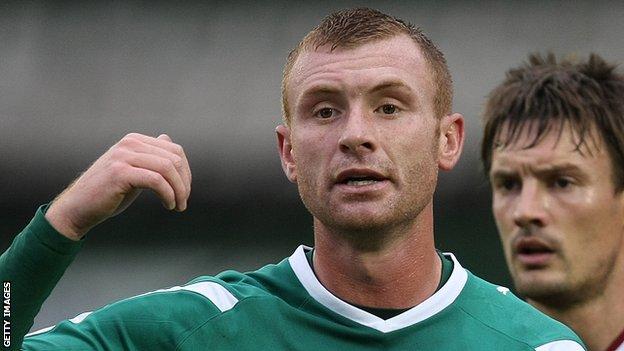 Plymouth striker Nick Chadwick has been given a six-match suspension following his sending off against Port Vale.

The 30-year-old received an automatic three-game ban after being shown the red card just after the half-hour mark.

But the Football Association has added a further three matches for an incident in the opening minute.

Chadwick has also been disciplined by Plymouth and a club statement said: "Pre-mediated violent behaviour on the field is totally unacceptable."

He will be unavailable to new manager John Sheridan until after the League Two game with Oxford on 16 February.

"Nick regrets his actions which have led to this ban and he apologises unreservedly for them," the club statement added.

"He fully accepts the punishment handed down by the FA."

Plymouth are in the League Two relegation zone after only collecting three points from their last six matches, a run that led to the dismissal of manager Carl Fletcher, with Sheridan taking over earlier this week.