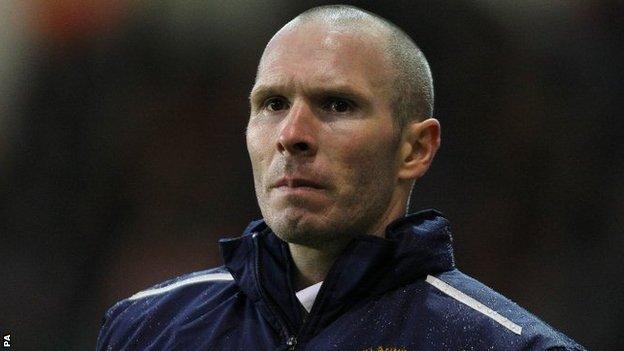 Blackburn Rovers have approached Blackpool for permission to speak to Tangerines boss Michael Appleton about the managerial vacancy at Ewood Park.

Rovers sacked but have won their last three games under caretaker Gary Bowyer.

Appleton, 37, only joined Blackpool from Portsmouth

Rovers managing director Derek Shaw said: "He is the only candidate we have approached."

Appleton has only won two games since taking charge at Bloomfield Road, drawing eight and losing two, and has won just 15 games since making his managerial debut for Pompey in November 2011.

Blackpool's last win came against Blackburn on 15 December and the two sides are one place apart in the Championship table.

Rovers are in 13th place, five points short of the play-off places and one point above Blackpool.

A short Blackpool statement confirmed that Rovers had made an approach for their manager.

"We are looking to offer a short-term contract with specific targets, and upon achieving those targets it will trigger a longer-term contract."