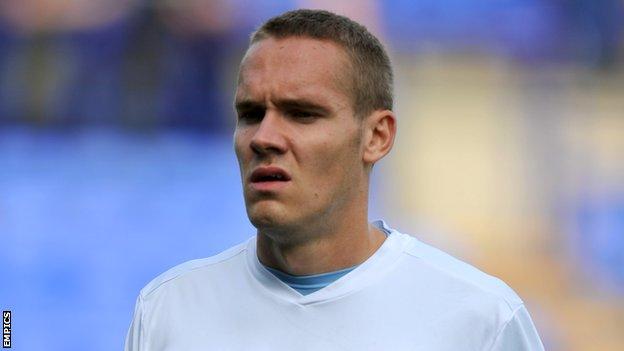 AFC Wimbledon have completed the signing of defender Chris Hussey after Coventry City terminated his contract by mutual consent.

The 24-year-old left-back made 14 appearances for the Sky Blues this season, but started just one game after Mark Robins took charge in September.

Hussey joined Coventry from the Dons in October 2009.

"I could have stayed in League One but I wanted to come back to Wimbledon," he told the club website.

"Last season I played a lot of games at Coventry. After my experiences there I come back as a better player."