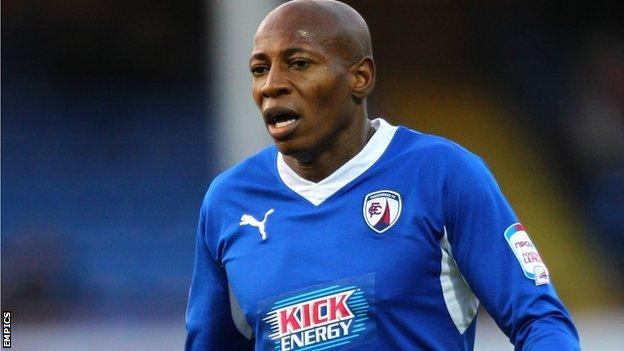 Chesterfield have released former Portugal winger Luis Boa Morte after the end of his contract.

The 35-year-old signed a short-term deal with the League Two side in October and made nine appearances in all competitions.

Spireites manager Paul Cook told the club website: "Luis has been a model professional during his time with us.

"We thank him for his efforts but we have decided against extending his stay."

The former Arsenal, Fulham and West Ham man is the second player to leave the club in the space of 24 hours after striker Craig Westcarr was released on Wednesday.

The 24-year-old has just finished a loan spell at the Proact Stadium that saw him score two goals in seven games.

"He wants to come but it's not always that easy to get players away from their current club."

The Spireites have lost their last two league fixtures and currently sit in 11th position ahead of their home match against Northampton on Saturday.