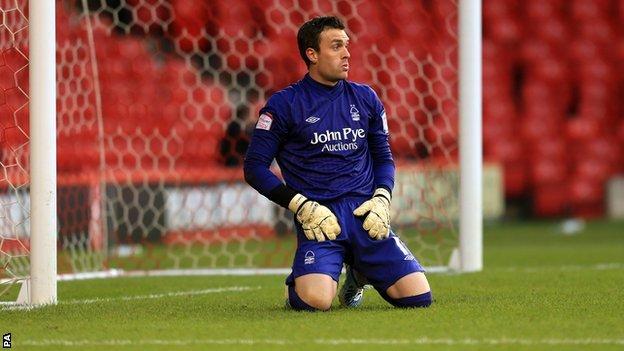 The 28-year-old Northern Ireland international, who joined the Reds permanently in July 2009, is out of contract in the summer and has failed to agree a new deal.

McLeish told BBC East Midlands Today he is already closing in on a replacement.

But he has recalled Karl Darlow from a loan spell at Walsall and he is set to play against Peterborough on Saturday.

A number of experienced keepers, including QPR's out-of-favour England international Rob Green, have been linked with the Reds.

McLeish added: "We are talking to some clubs at the moment and we are pretty far down the line with one particular club.

"But I will not mention any players as when players are still at other clubs, we don't want to talk about them.

"But if we don't get him in the for the Peterborough game, Darlow will play in the team and we are confident about him."

McLeish said he did not think it would be right to keep Camp if he was not first choice.

"I felt looking at the squad I knew I had to make some tough decisions," McLeish added.

"I don't want to make an impact for the sake of it but I am planning to bring in another keeper and I don't think Lee will be too enamoured at being a number two having been a number one for so long.

"It was my intention to bring in another goalkeeper with experience. I don't feel it would be the right fit for Lee to be second in command."