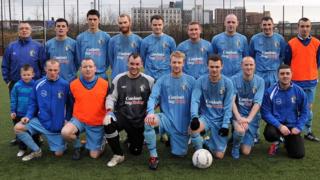 Immaculata out to shock Ards in cup

Amateur League Division 1B side Immaculata hope to cause an Irish Cup fifth round upset by beating Championship One outfit Ards.

The sides met recently in the semi-finals of the Steel and Sons Cup, when Ards came out on top after extra-time.

Immaculata striker John Boyce is the elder brother of Cliftonville forward Liam Boyce, who began his playing days at the same club at the age of nine.

"The two teams are well matched - it depends who takes their chances on the day," argues Immaculata coach Kevin Lawlor.