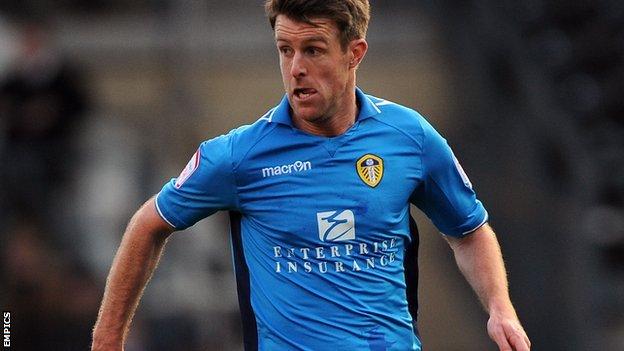 The 29-year-old scored five goals in 22 matches during a successful loan spell with the club that came to an end shortly before Christmas.

"He showed what an important member of the squad he is," manager Neil Warnock told the club website.

"I think people saw Michael get better as time went on."

Tonge's Stoke exit brings an end to a period that saw him make just 18 appearances in over four years with the Potters.

In addition to his loan spell at Elland Road the former Sheffield United man also had stints with Preston, Derby and Barnsley.