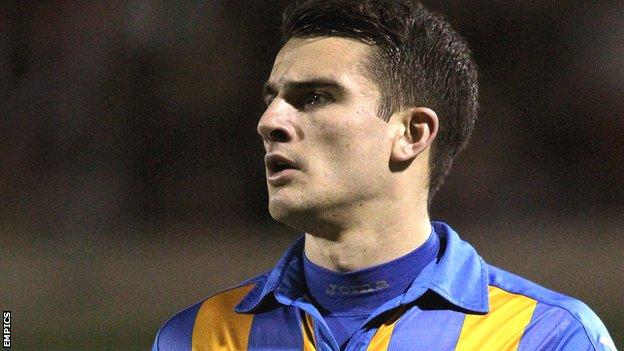 Gornell, who played under Dale boss John Coleman at Accrington, has moved for an undisclosed fee and signed a deal until the end of the season.

The 23-year-old played a big role as the Shrews were promoted from the fourth tier last term, but struggled to find form for the club in League One.

He scored five times in eight games during his