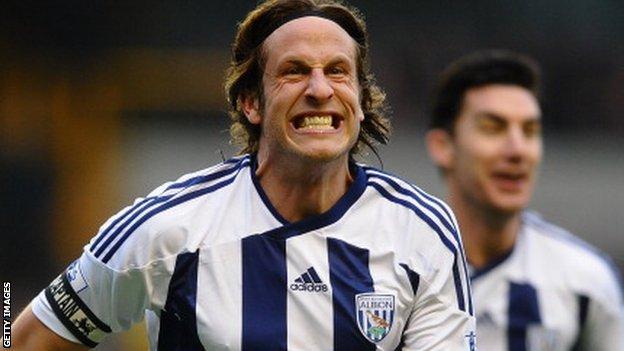 West Brom have rejected a bid from Queens Park Rangers, believed to be around £5m, for defender Jonas Olsson.

Manager Steve Clarke said: "We don't encourage any more offers from anyone."

The 29-year-old Sweden international signed a new four-year contract with the Baggies in October.

Olsson is reported to be keen on a move to London for family reasons, but is understood to have reservations about joining bottom-of-the-table QPR.

The Swede has been one of Albion's key performers during a promising start to the season.

And Clarke said last week that he had no desire to sell the defender during this month's transfer window.

"Why would I expect to lose Jonas in January? January is the silly season," said Clarke.

"We can hang on to every single player. We don't have to sell anybody."