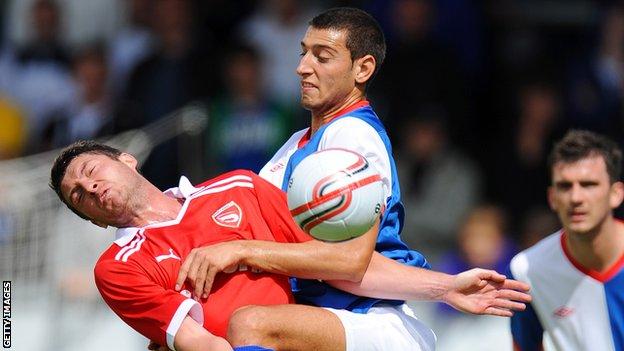 "It's definitely a challenge but I'm ready and willing to take my chance when I get the opportunity and I'm really looking forward to it," he said.

Anderson never made a competitive appearance for Rovers, but

And he told BBC South West Sport that he was persuaded to join Exeter after a trial period at the club towards the end of last year.

"I met the manager Paul Tisdale and we were speaking the same language.

"I really liked the way the manager was and the relationships that I could see the manager and the players had with each other."

Anderson is under no illusions that it will be easy to break into an experienced Exeter defence.

"It's not just a very experienced back four, the rest of the are team as well," he added.

"I think it's good for a younger player like myself if the team's going well, and if there's experience there it can help in a way to bring the young players through."