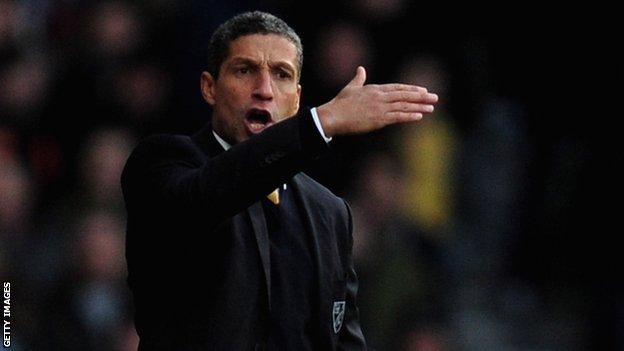 Hughton's side host the struggling Magpies in the Premier League on Saturday, just over two years since he was sacked by the St James' Park club.

"I had a wonderful time there," he told BBC Radio Norfolk.

"There's a special connection for me because I had three years at Newcastle that I thoroughly enjoyed," the former Tottenham full-back added.

Hughton won admirers for the understated manner in which he led Newcastle out of the Championship in 2009-10 and there were protests by supporters following his dismissal in December 2010, with the club 11th in the Premier League at the time.

But Hughton, who had a spell as Birmingham City boss before joining Norwich, has continued to show he possesses the abilities to prosper as a top-flight manager.

The Canaries have spent much of the campaign in mid-table and are currently five points ahead of this weekend's opponents, who lie 15th.

And the Norwich boss believes there are parallels to be drawn between the teams, having experienced the atmosphere at both clubs.

"It's a very local support that want to get behind their local team. But ultimately it's just about trying to win a football match."