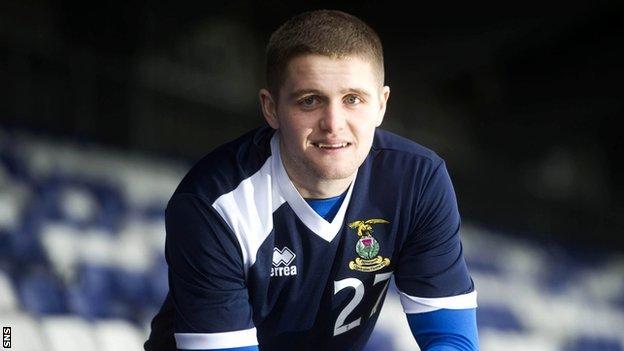 New Inverness signing Danny Devine has voiced relief that manager Terry Butcher is staying with the club, having rejected an offer from Barnsley.

The 20-year-old defender agreed terms with the Highlanders earlier this month, signing from Wrexham.

And the Belfast-born player cited Butcher as a key reason in turning down offers from clubs in England.

"It's good news the manager is staying, he's the man who's got the club where it is," he told BBC Scotland.

"I'm excited to start working up here and see how it goes.

"Obviously being an ex-defender who has played at the highest level, I always knew that, coming up here, I could learn off him.

"If you're going to learn from anyone, it's Terry Butcher."

And Devine is looking forward to playing in a league he thinks highly of.

"It's a good league, with the likes of Celtic, Hibs, Hearts and Aberdeen in it.

"So I want to come up here and test myself against some quality players."