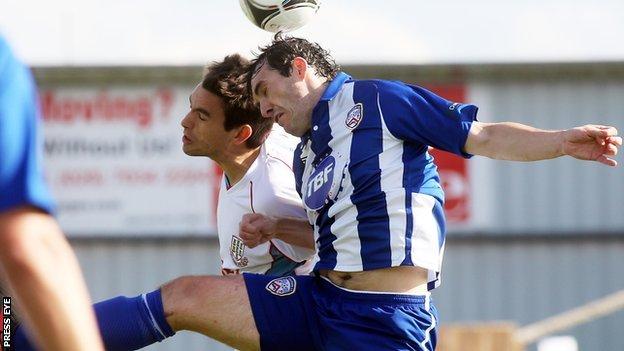 Ballymena United have been drawn at home against derby rivals Coleraine in the sixth round of the Irish Cup.

Glentoran face a trip to Championship side Bangor on 9 February with Portadown at home to Ards and Dundela travel to Lisburn Distillery.

Institute welcome Tobermore or Kilmore Rec. while Knockbreda are away to Larne or Lurgan Celtic.

Matches to be played on Saturday, 9 February