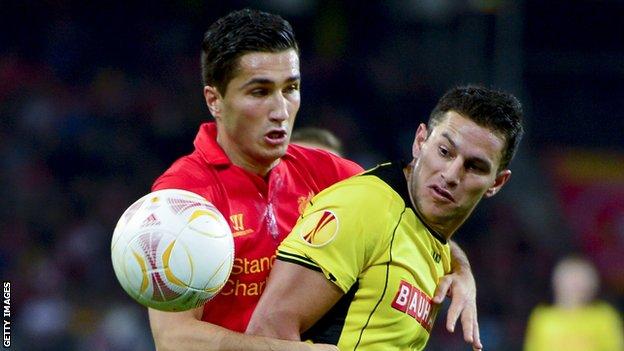 Liverpool have ended Nuri Sahin's loan, and he will now spend the next 18 months at Borussia Dortmund.

The 23-year-old joined Liverpool in August from Real Madrid and had been due to play out the season at Anfield.

The Turkey international started his career at Dortmund, won the 2011 league title with them and was voted Bundesliga player of the year in 2010.

Sahin moved to Real Madrid in 2011, signing a contract until 2017 with the Spanish side. He will now represent his former club on a temporary basis until the end of the 2013-14 season.