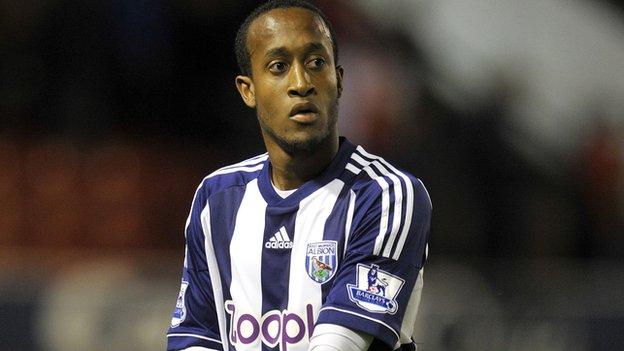 Shrewsbury Town have extended West Bromwich Albion defender Cameron Gayle's stay at the Meadow on a youth loan until the end of the season.

Gayle, 20, has so far played five games since first arriving on 22 November - and only once been on the losing side.

"He can play anywhere across the back, and Albion see Cameron staying with us as good progress for him."

The terms of Gayle's deal mean that he can be recalled by Albion for their Under-21 League fixtures.

"The youth loan means that, on the odd occasion, he can play for Albion's reserves too," added Turner.