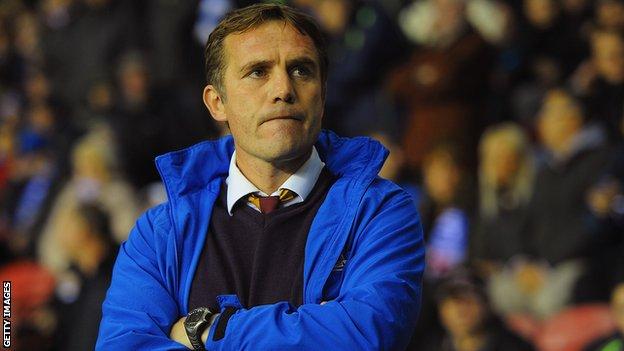 Bradford City manager Phil Parkinson has rejected the chance to speak to Championship side Blackpool about replacing Michael Appleton.

The Seasiders are looking for a new manager after Appleton joined Blackburn on Friday.

League Two side Bradford received an approach from the Championship club on Thursday.

But Parkinson, who has guided the Bantams to the Capital One Cup semi-finals, has opted to stay where he is.

Bradford are in talks about extending Parkinson's contract beyond the summer and immediately made it clear they wanted to keep their manager.

"We're in negotiations with his agent about extending his deal with the club and Phil told me he wants to be here."

Lawn added: "I understand that Phil is going to be in contention [for other jobs] and that is nice because it means that he is doing well."

Parkinson has six months left on his deal.

The Bantams have beaten Premier League sides Wigan and Arsenal to reach the last four and in the first leg of their semi-final on Tuesday evening saw off Aston Villa 3-1 at Valley Parade.

The result leaves City tantalisingly close to being the first fourth-tier team to reach the final of the tournament since Rochdale in 1962.

who are eighth in the fourth tier, in August 2011.