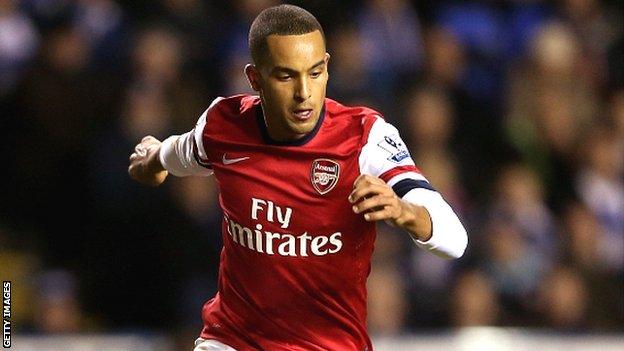 The 23-year-old striker is in the final six months of his deal and could leave on a free transfer in the summer.

But when asked if Walcott will sign before the end of the month, Wenger said: "Yes. We're on a good road."

The Frenchman added: "I am optimistic we will get to a happy conclusion. I was optimistic last week but I'm a bit more optimistic this week."

Walcott is Arsenal's top scorer this season with 14 goals in all competitions, his best tally in a single campaign since joining Arsenal in 2006.

When asked if has complicated matters, Wenger explained: "No, it's not linked with that.

"I believe Theo can have a preference maybe to play through the middle, but first of all he never made a conditions of that to extend his contract. Certainly I would not accept it.

"Secondly, he was always happy when he plays - on the flank or through the middle? I see him playing more up front."