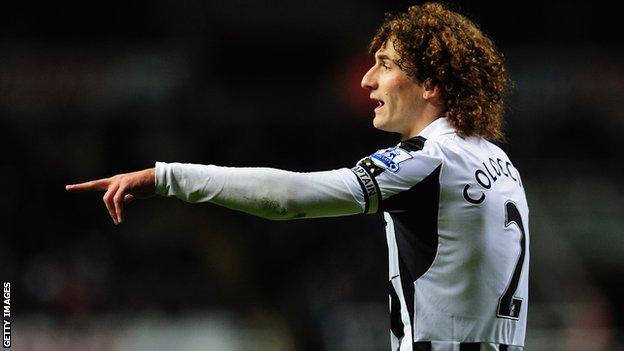 Newcastle United captain Fabricio Coloccini has told the club he wants to leave in January for personal reasons.

While the 30-year-old has not handed in a formal transfer request, a crisis in his personal life means he no longer feels he can stay on Tyneside.

Further talks are planned in the coming days, with Newcastle set to do all they can to persuade the Argentina international to change his mind.

But club officials fear Coloccini has set his heart on a return to Argentina.

Originally from Cordoba in Argentina, Coloccini joined Newcastle from Deportivo for £10.3m in 2008 and signed a new four-year contract with Newcastle last year.

He has only made 18 appearances in all competitions this season, due to a hamstring injury picked up on international duty and a three-match suspension after being sent off against Liverpool.

But his performances have drawn praise from manager Alan Pardew, who said that watching him against rivals Sunderland in October was "like watching Bobby Moore"."