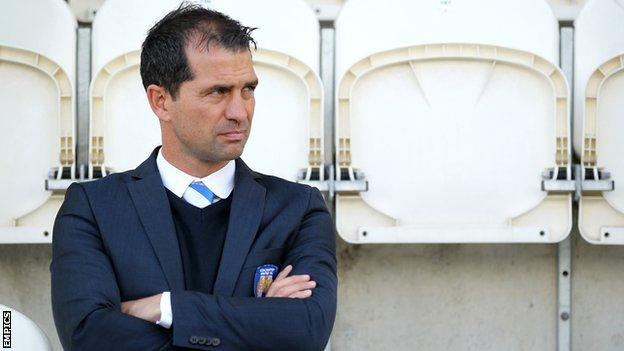 Colchester United boss Joe Dunne has said the lifting of restrictions on when they can use their training pitch is integral to the club's future.

at Florence Park, despite reservations from some local residents.

"I fully understand the frustrations local residents will have. But generally a lot of good is going to come from this place."

Colchester have invested heavily into youth development over recent years and started using the new Tiptree-based training facility in the summer for first-team and academy sessions.

Planning permission for the site initially restricted training hours to between 10:30 and 13:00.

And Dunne is adamant the extra hours will not only improve the standard of the club's youth players, but could also help end a slump of eight consecutive League One defeats.

"Unfortunately we're being judged on results, as you'd expect. But as a club we're in a great place," said Dunne.

"Since we came away from those double sessions we lost a bit of zip,

"I wanted to bring a different way of training to the club and then it's pulled from under you.

"It's frustrating because you've got all these pitches to work on and you can't use them.

"The young players that train with the first team - I have no fear of them coming over, because they're good players."