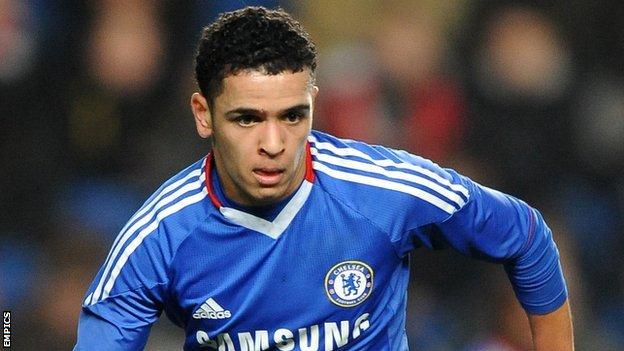 The 20-year-old has yet to make a first-team appearance for the Premier League club, but has featured in Champions League squads.

He will be eligible for Saturday's League One visit of Scunthorpe.

"He is an exciting youngster with plenty of ability that we will benefit from in the coming weeks," U's boss Joe Dunne told the club website.

"He has been in Chelsea's first-team squad on occasions already and I have been very impressed with what I've seen of him."

for bringing a smoke grenade into training.

Midfielder Jacob Mellis was released by the Blues after admitting he set off the the device.