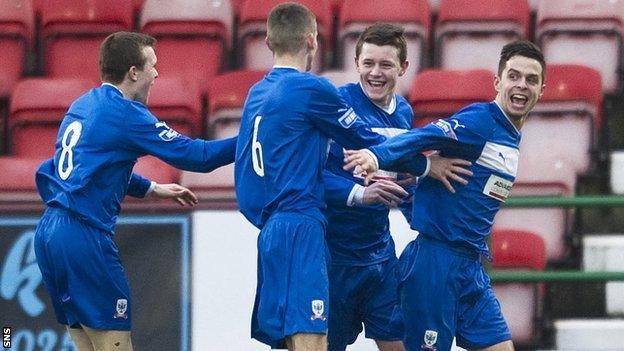 Dunfermline surrendered top spot in Division One as Ryan Donnelly netted twice in an away win for Airdrie United.

Donnelly fired home from 10 yards early on but the opener was soon cancelled out by Ryan Wallace's close-range shot.

The visitors regained the lead when Donnelly netted again with a low strike from the edge of the penalty area.