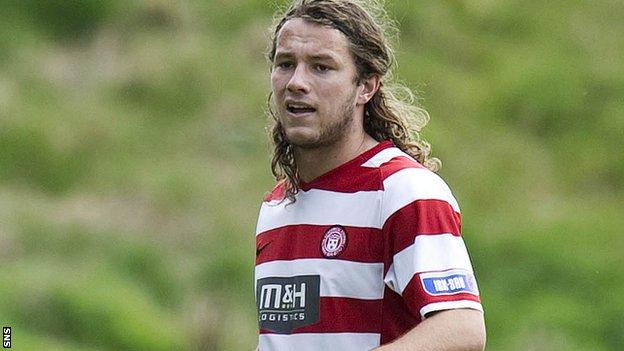 Goals from Jonathan Page and Steven May saw Hamilton come from behind to beat Cowdenbeath at New Douglas Park.

After a scrappy start to the game, the visitors went ahead on 24 minutes when on-loan Rangers forward Kane Hemmings blasted the ball past keeper Kevin Cuthbert from the edge of the penalty area.

Cowdenbeath defended resolutely after taking the lead, giving their opponents very little to go on in the remainder of the first half.

Hamilton looked like a different side in the second half and it wasn't long before they drew level.

Page found the bottom corner from 18 yards out in the 61st minute, before May's curled effort from range flew into the top corner four minutes later to give the hosts the lead.

Hamilton were then reduced to 10 men when Alexander Neil picked up a second booking in the 68th minute, but they held on to win.