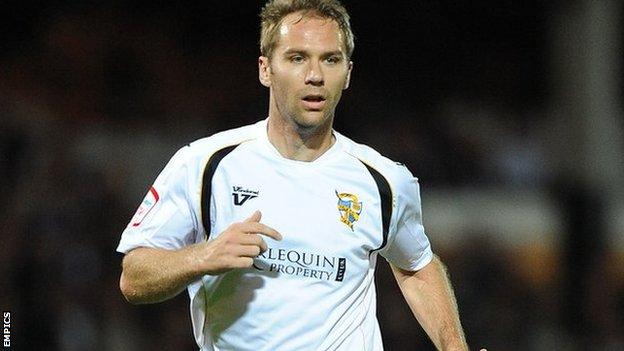 Port Vale defender Liam Chilvers has signed a short-term deal to remain with the promotion-chasing League Two club until the end of the season.

After spending three months on loan from Notts County last season, Vale had on a permanent contract in January last year, but a deal never materialised.

He was then recalled by Notts following his return to Meadow Lane.

After being released in the summer, he then joined AFC Telford United.

But Vale boss Micky Adams brought him back to Vale in November, making him the first signing since

And, having played a key role in Vale's current run of just one league defeat in five games, the former Arsenal trainee is now signed up for a further four months.