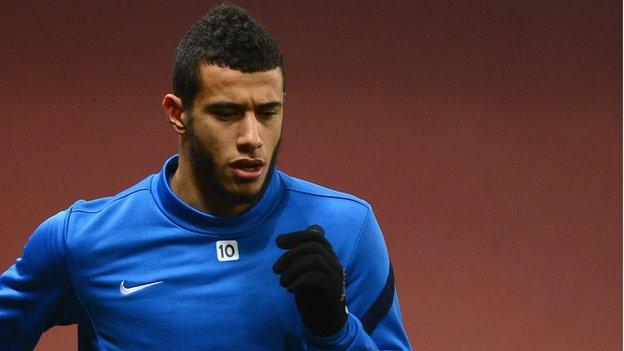 Moroccan playmaker Younes Belhanda is expected to recover from an injury scare in time for the start of the Africa Cup of Nations.

The 22-year-old Montpellier midfielder was thought to have torn his adductor muscle during training last week.

Doctors initially delayed a prognosis, raising fears that he might have suffered a serious setback.

However, team officials confirmed that it had only been a slight strain and he was expected to train on Tuesday.

Belhanda is a key member of the Atlas Lions squad, who have only won the title once, 37 years ago.

The Moroccans kick off their campaign against Angola on 19 January, before facing hosts South Africa and Cape Verde.