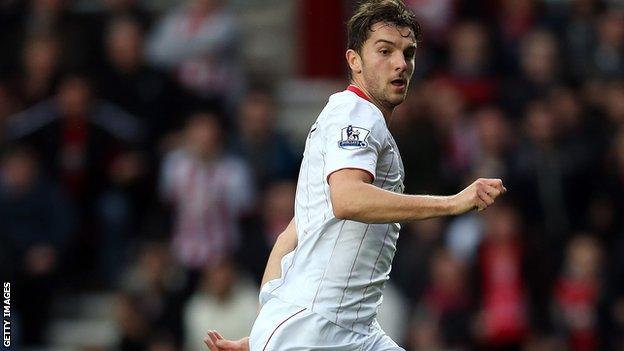 Southampton striker Jay Rodriguez has admitted his frustration at his lack of first-team football.

The 23-year-old has only started nine Premier League games since his move from Burnley last May for a then club record fee of around £7m.

"It has been a little bit frustrating as I've not had as many games as I would have liked," said Rodriguez, who has scored five times this season.

"All I can do is work hard and just carry on trying to improve."

Southampton, 17th in the Premier League, play away at Aston Villa on Saturday, the team one place above the Saints in the table.

However, Rodriguez feels his side's decent form, which has included one win and three draws in their last five league matches, can continue against Villa.

"We have a inner confidence and team spirit so we can go to places and get a good result," Rodriguez added.

"We are picking up points on the road as well, which is better, but we know we need to keep working hard, keep focused and hopefully keep moving up the table."