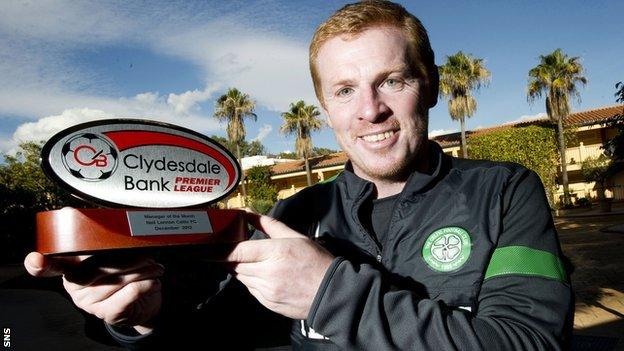 The Scottish Premier League leaders won four of their five league games last month, helping them create a nine-point gap at the top.

The award is Lennon's first of the season, having claimed four monthly prizes last term.

With the SPL in the middle of its winter break, Celtic are spending time training in Marbella.