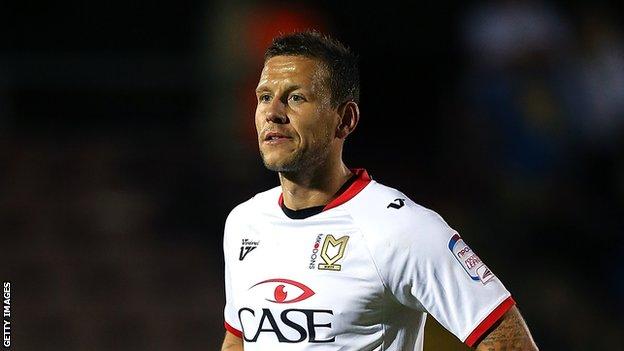 Leyton Orient have completed the signing of MK Dons striker Charlie MacDonald on a free transfer.

The 31-year-old, who has scored two goals in 24 appearances this season, has signed a six-month deal.

O's boss Russell Slade told the club website: "It's no secret that we've been after a striker to add to our options up front.

"He has an excellent goalscoring record and is sure to complement David Mooney and the other strikers we have."

He added: "He has good experience and is a good type, and we're really looking forward to working with him over the months ahead."