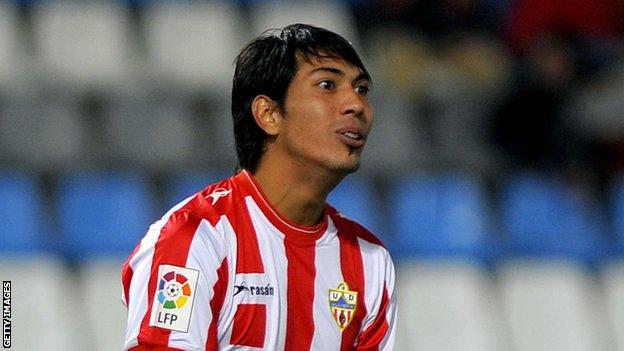 Brighton & Hove Albion have agreed a fee with Spanish second division side Almeria for the transfer of striker Leonardo Ulloa.

The 26-year-old Argentine has recently gained Spanish nationality which will enable him to play in England.

He will fly to the UK this weekend to discuss personal terms.

The Seagulls have confirmed Ulloa will be at the Amex Stadium on Saturday to watch Albion's Championship game against Derby County.

Ulloa began his career in his native Argentina, playing for San Lorenzo, Arsenal and Olimpo before moving to Spanish side Castellon.

He has scored 48 goals in 102 appearances for Almeria since joining the club in 2010, and was top scorer in La Liga's second tier last season with 29 goals.