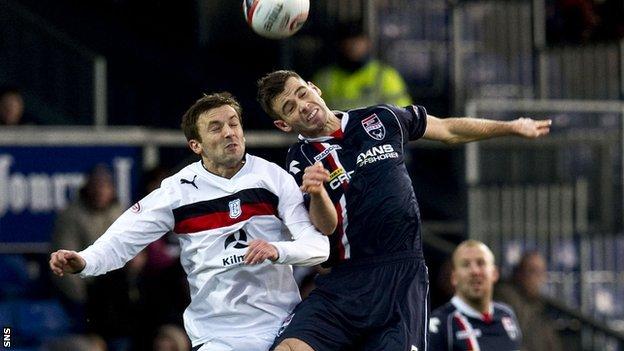 The Scottish Premier League has announced new dates for a number of fixtures rearranged due to postponements and cup competitions.

Celtic v Dundee United will now be played on the evening of Tuesday 22 January and Ross County v Hearts will take place on Saturday 2 February.

Dundee v Ross County has been brought forward to Friday 8 February to avoid a clash with a United home game.

Aberdeen v Dundee has also been rescheduled for Friday 15 February.

League games involving Celtic, Hearts, Inverness and St Mirren, which had been pencilled in for 26 January, have been moved due to those clubs' involvement in the Scottish Communities League Cup semi-finals.

Hearts v Motherwell will now take place on 2 March and Dundee v St Mirren has been moved to Tuesday 5 March.

Inverness v Kilmarnock and St Johnstone v Celtic have been tentatively scheduled for Wednesday 13 and Tuesday 19 February, respectively, but these games may need to be moved again if any of the clubs involved are required to play Scottish Cup fifth-round replays.