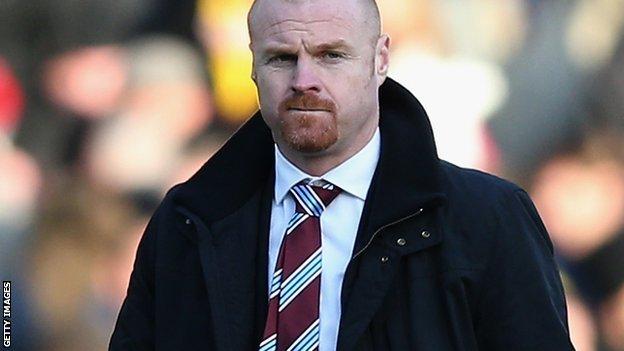 Goals from Sam Vokes and Danny Ings helped Burnley beat Millwall for their third Championship win in a row.

Vokes opened the scoring for the away side with a neat finish after some excellent play from Junior Stanislas.

Millwall's Martyn Woolford had his shot cleared off the line and Liam Trotter forced a save from Lee Grant as the home side looked to equalise.

But Ings's header following Kieran Trippier's cross came against the run of play for the victory.

Sean Dyche's men have continued their excellent start to the new year, winning all three league matches and keeping clean sheets in all those games.

But for Millwall, the defeat comes as a blow to their play-off hopes as they drop down to ninth in the table.

It was Vokes who was causing the problems, as he capitalised on a poor clearance from goalkeeper David Forde but Ross Wallace and Dean Marney got in each other's way as they looked to get on the end of their team-mate's cross.

It stirred the home side into life as Stanislas gifted possession to James Henry, only for the midfielder to shoot over.

Jason Shackell had to be more alert to clear Woolford's shot, and Grant made a smart save from Trotter's low shot.

But they were made to pay as Ings headed home to double the advantage, and Kenny Jackett's men struggled to create any more openings.

Millwall manager Kenny Jackett: "The result didn't please me. We didn't do enough to get something out of the game. Burnley showed more hunger and desire for the game than we did and that's disappointing.

"We didn't defend well, not with everything we've got, not for our life, which we do when we're playing well."

Burnley boss Sean Dyce: "I want us to win as many games as possible and who knows where that can take us? That's the challenge, quite simply.

"We're in the hunt right now but we can only take it one game at a time. It was a very good performance against Millwall and a very good win for many different reasons."