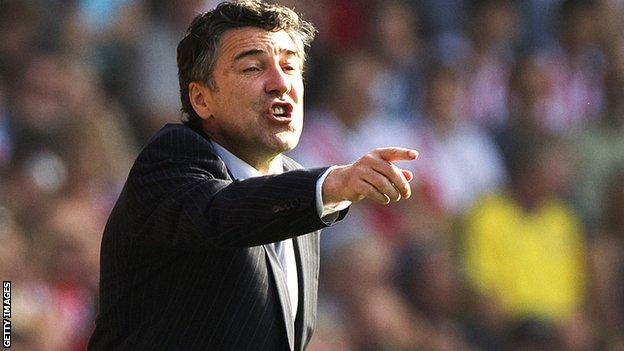 Wolves manager Dean Saunders is still searching for his first win in charge after a goalless draw at Championship strugglers Sheffield Wednesday.

Antonio and winger Jermaine Johnson continued to press for the winner, but failed to convert their chances.

Wolves did not manage a single shot on target and find themselves just seven points above the relegation zone.

Sylvan Ebanks-Blake started up front for the visitors and began brightly, shooting wide from outside the area early on.

But Wednesday began to dominate proceedings, a ninth-minute Giles Coke free-kick bravely punched away by Ikeme.

A Reda Johnson header was saved on the goalline by the 26-year-old goalkeeper, as the game evolved into a scrappy affair.

Antonio crafted an opening for the Owls, laying off for on-loan Manchester City winger Jeremy Helan, whose measured shot could only find the side-netting.

And with minutes remaining Antonio had an effort himself - his shot would have crept in at the near post but for Ikeme's intervention.

The hosts were on the front foot in the dying moments but could not convert pressure into goals as the game petered out.

Sheffield Wednesday boss Dave Jones: "We had around 17 opportunities. We just needed that finishing touch, that final ball to finish them off.

"I can't fault them in any way because we worked really hard. It wasn't the best of conditions, but we do our best.

"I thought there was only one team trying to get it down and play to be honest."

Wolves manager Dean Saunders: "It's a great point away from home. It's a clean sheet.

"It was difficult to play against them. They just bombarded long balls.

"They missed a few half-chances, but we coped well and showed spirit and determination."