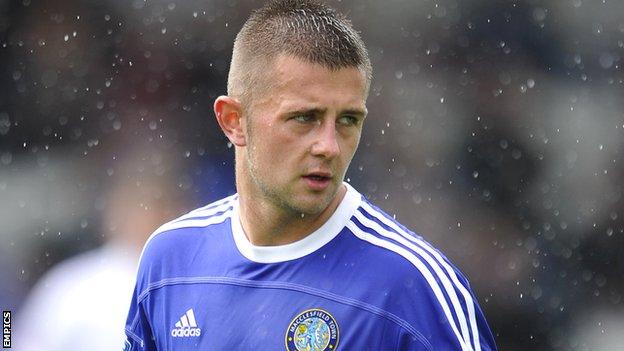 After a goalless first half, Jack Mackreth's delivery was nodded home by Fairhurst to give the Silkmen the lead.

However, Town lost defender Pablo Mills when he was shown the red card for a dangerous lunge at Lee Vaughan and he will their FA Cup tie against Wigan.

Marvin Johnson and Ryan Rowe hit the bar either side of the sending off, and Harriers were unable to rescue a point.