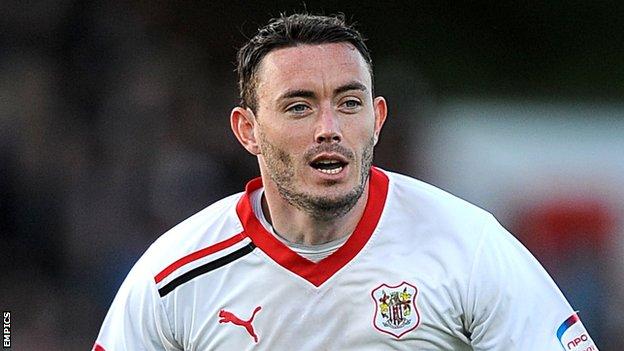 Aldershot gained a valuable point in their battle against relegation with a draw away at York.

The visitors were the first side to register an attempt on goal with Kieron Cadogan's tame strike proving comfortable for Michael Ingham.

York's Michael Potts then forced a fine save from Aldershot keeper Jamie Young.

And late on Aldershot top scorer Craig Reid had the chance to claim all the points for his side late on but he could only blaze over the bar.

"They made it hard for us by pressing very, very high, they didn't give us the opportunity to maybe play from the back as much as we'd like to and it wasn't a great game

"But when it's not a great game and when things aren't going how you really want them to go, you make sure you keep a clean sheet and the worst you can have is a point and that's what's happened today.

"We haven't won at home and that's disappointing of course, but it's another valuable point and we have to keep picking up points especially when we don't play particularly well."

"I thought we were the better side today and I though our application and passing was very good.

But it was very hard conditions and I think York need commending for their efforts for getting this game on.

"The players have shown fantastic resilience and because of the effort and work rate the least we deserved was a point. I'm disappointed we haven't got three points.

"Any game away from home in those conditions and what we've been through in the last 24 hours you take it. It's a valuable point for us and another good performance and clean sheet away from home. We have got to be happy and thank our 120 fans for making the journey."