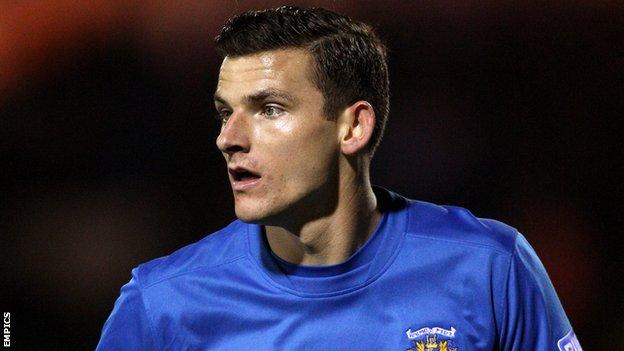 Stockport began life without Jim Gannon with a victory over Forest Green to climb out of the relegation zone.

The Hatters, who sacked boss Gannon on Wednesday after 14 months in charge, went ahead through Sean Newton's sublime 20-yard free-kick.

Jon Nolan doubled the hosts' advantage with his first goal for the club when he turned home Sam Sheridan's cross.

Reece Styche's strike from the edge of the box reduced the deficit, but Rovers were unable to find an equaliser.

The Hatters' win means they move two points clear of the drop zone, while Forest Green remain in the Blue Square Bet Premier play-off places despite their defeat.

"I thought we played really well today and I can't fault the effort.

We moved the ball about and created chances, we just need to nail the moments.

"I'm not downhearted. Teams will win, lose or draw and we have to just keep on believing. If we play like that, then I'm a happy manager.

"Unfortunately for us, with the few chances they had, they've taken them, and we've been punished cruelly."