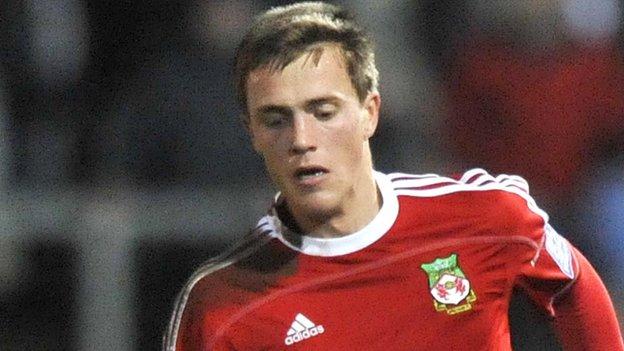 Wrexham recovered from a slow start to dispatch Sutton United and reach the quarter-finals of the FA Trophy.

Sutton were twice denied an opener by Wrexham goalkeeper Joslain Mayebi, but they capitulated once Rob Ogleby put the visitors ahead on 30 minutes.

Kevin Thornton completed the rout with a fifth seconds from the final whistle.

The draw for the last eight will be made at midday on Monday, when Wrexham will be joined by Luton, Gainsborough, Dartford, Halifax, Grimsby, Southport and either Gateshead or Barrow in the hat.

Wrexham player-manager Andy Morrell said: "If at the start of the season, you'd have given me top of the league and two rounds from Wembley going into the new year, then I think I would have taken that.

"All credit to Sutton, we knew it would be tough and really they were the better side in the early stages.

"Once we did pick up our game, then we scored some good goals and it was nice to see Kevin Thornton also grab one at the end.

"Now though we can park the Trophy, look at the draw on Monday, but get back to training ready for Lincoln City."