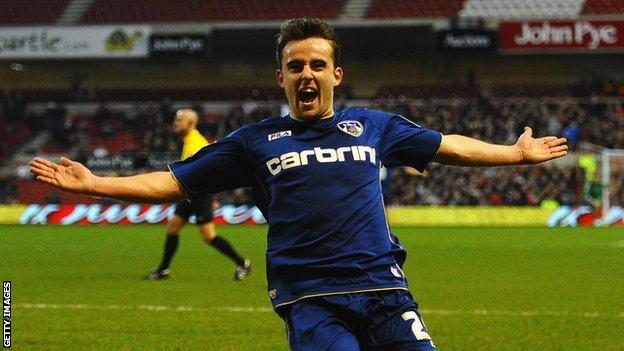 Oldham have re-signed top-scorer Jose Baxter on a two-and-a-half-year deal.

The 20-year-old, whose short-term contract was set to run out on Tuesday, has netted 11 times in 24 games since joining the Latics in September.

The deal was completed shortly before Saturday's League One match against Brentford was due to kick off.

"When you look at the way he has been playing, you couldn't have held it against Jose had he decided to move," boss Paul Dickov told the club website.

"I was always hopeful that Jose would stay and it is credit to him, his family and agent that he has decided to stay because he could easily have moved to a club at a higher level.

"Jose has enjoyed his football here and the fact he has shown such commitment to the club should be applauded. "

Baxter chose to leave Everton in the summer, despite being offered a two-year contract by the Premier League club.

"In the summer I had no club and the gaffer took a gamble and I wanted to repay him by signing a two-and-a-half year contract," said the forward.

"I am still only young and have plenty of time. I am looking to get the experience from playing regularly and for my career to kick on.

"The fact I have been playing every week helped make up my mind, as well as the fans who have been brilliant."