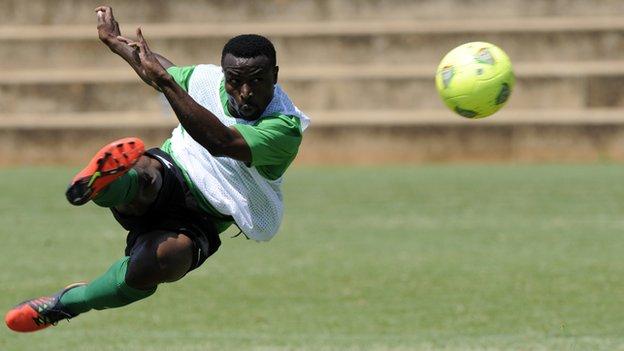 Africa Cup of Nations holders Zambia have ended their warm-up for the 2013 tournament with a draw against Norway.

Zambia, who played out a goalless draw with the Norwegians on Saturday, had been due to face Namibia on Tuesday but have cancelled in order to rest.

They begin the Nations Cup campaign against Ethiopia on 21 January.

"Their coach wants the final week before the Nations Cup to be used as a winding down period," said Namibia FA president John Muinjo.

"They have cited a strenuous schedule as the reason for the cancellation."

Zambia have lost to both Tanzania and Angola and drawn with Morocco and Norway in four friendlies over the last three weeks.