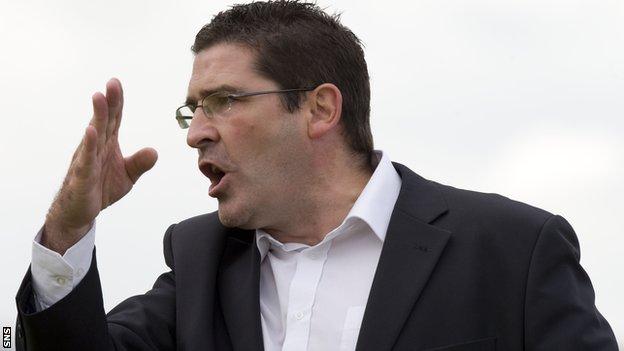 Jim Chapman has been installed as the new manager of Annan Athletic.

The Third Division club say they were impressed by the "all-round package" the former Albion Rovers and Dumbarton boss had to offer.

Chapman, 47, takes over following the resignation of Harry Cairney last month after six-and-a-half years in charge at Galabank.

"The vision for the club and the people at the club really excite me," Chapman told BBC Scotland.

"To me, the club have been a breath of fresh air for Scottish football."

Annan sit sixth in the table, with caretaker manager Euan Brydson having won three out of five matches.