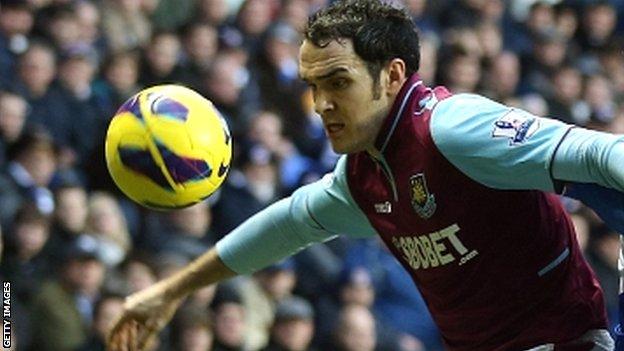 West Ham defender Joey O'Brien has signed a new contract that will keep him at the club until 2016.

The 26-year-old began his career at Bolton and had seven years with the Trotters, which included two loan spells at Sheffield Wednesday.

He joined West Ham in 2011 and was part of the squad that were promoted back to the Premier League last season.

O'Brien made his Republic of Ireland debut in 2006 and returned to the side in August after a four-year absence.

In November he scored his first Premier League goal to earn West Ham a 1-1 draw against Stoke.

He was also on target on New Year's Day in the 2-1 victory over Norwich.