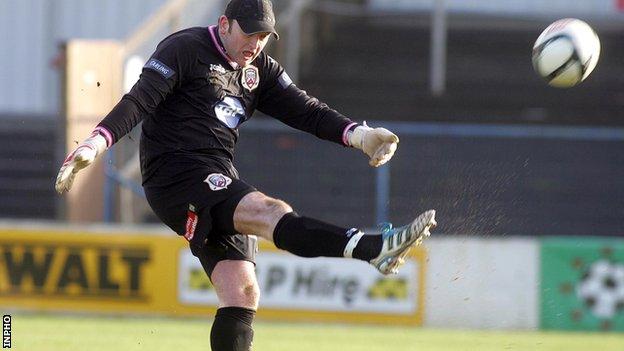 Gavin Cullen's two-year spell with Coleraine is over after the Premiership club released the goalkeeper.

Cullen has failed to secured a first-team spot at the Showgrounds although he played in last season's defeat by Crusaders in the League Cup final.

Coleraine's goalkeeping coach Gregg Shannon has been registered as a player to provide cover for Michael Doherty.

"Gregg has a good career behind him and he's still only in his early 30's," Bannsiders boss Oran Kearney told the club website.

"If I was to go out and look for someone to be back-up between now and the end of the season, I think it would be difficult to find someone of his calibre.

"He's been training for a few weeks, and although he still needs to get his fitness up, he is working hard on it. I have every confidence that if required, he won't let us down."