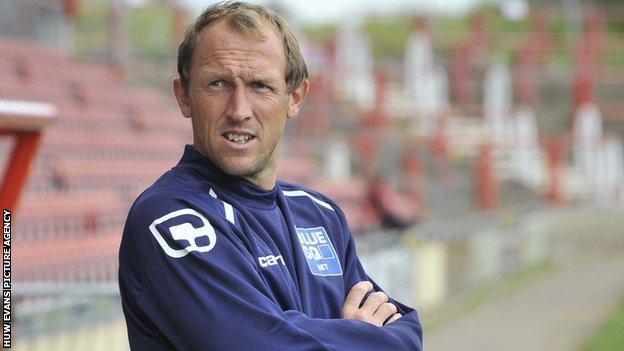 Wrexham have been drawn away to Southport in the quarter-finals of the FA Trophy.

The Dragons face Southport at the Merseyrail Community Stadium on Saturday, 26 January.

Player-manager Andy Morrell says Wrexham have set their sights on lifting the FA Trophy this season.

"It could have been worse, but I would rather have been at home against anybody," said Morrell.

"It's just up the road and a chance for us to get through. We have come so far in this competition that it's probably worth trying to go out and win it now."

Wrexham have already done the double over Southport already this season, having beaten them 2-0 in the FA Cup at the Racecourse.

They also recorded a 4-1 victory away over the Sandgrounders in the Blue Square Bet Premier this season.

FC Halifax host Darftord, while Gateshead or Barrow will travel to face Gainsborough Trinity and Grimsby Town are at home to Luton Town.