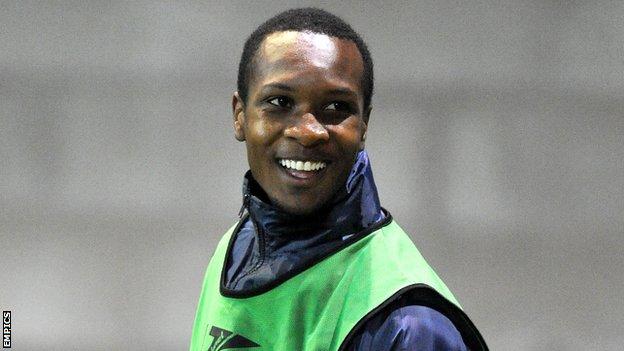 Dagenham & Redbridge have reported an allegation of racial abuse by a Rochdale player towards defender Gavin Hoyte to the Metropolitan Police.

The incident occurred during Saturday's 2-1 win over Dale in League Two.

A statement on the Dagenham website said Hoyte reported the incident to match referee Steve Rushton, who later informed the Football Association.

"Dagenham & Redbridge Football Club wish to reiterate that they have a zero tolerance stance on racism," it said.

"The club will fully support Gavin during the investigation and has complete faith in his honesty and integrity.

"The game against Rochdale was championed as a 'Daggers Against Racism Family Fun Day' and it is deeply disappointing that this incident has tarnished the day."

"We also share the disappointment of our friends at Dagenham & Redbridge that such an accusation has occurred on a day when both clubs were supporting an anti-racism day," a statement on the Dale website said.

"Rochdale Football Club reiterates its commitment to fully co-operating with the Football Association and the Metropolitan Police."