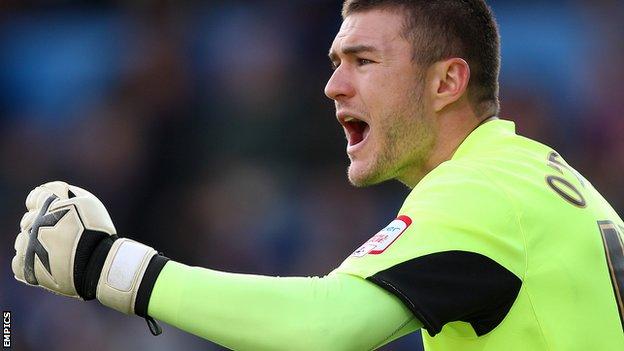 He has played 16 times for the Spireites, but has not featured since November after Tommy Lee recovered from injury and regained his starting place.

O'Donnell could make his Hatters debut at Mansfield on Tuesday evening.

He came through the youth set-up at Wednesday and has also had loan spells with Rotherham, Oldham, York, Grimsby and Alfreton.

Stockport are currently 20th in the table, one place and one point above the relegation zone, having won only one of their last eight league games.