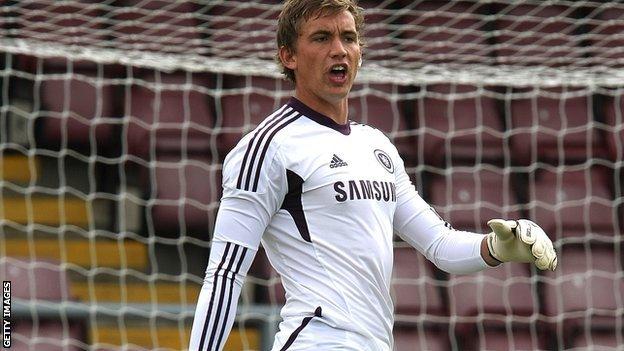 Colchester United have signed Chelsea goalkeeper Sam Walker on loan until the end of the season.

The 21-year-old spent time on loan at League Two side Bristol Rovers earlier this term, making 12 appearances for the Pirates.

He also had stints with Northampton and Yeovil last campaign and is yet to make his competitive debut for the Blues.

Walker is the second Chelsea player to move to the struggling U's after Billy Clifford joined the club on Friday.

Joe Dunne's side slipped into the bottom four with defeat by Scunthorpe on Saturday and have conceded 44 goals in the league.