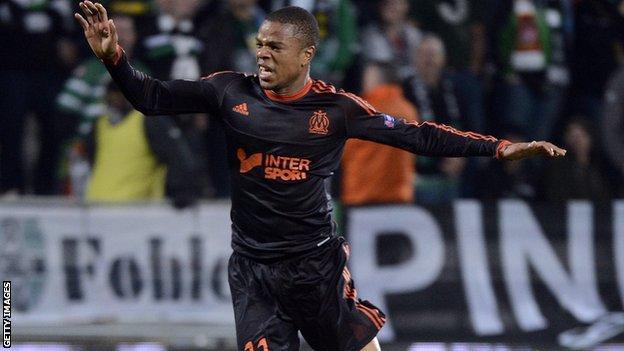 Queens Park Rangers are close to completing the £8m signing of Loic Remy after hijacking Newcastle's move for the France striker.

The 26-year-old had been due to arrive on Tyneside for talks on Sunday night but did not appear.

QPR matched Marseille's asking price and have now offered Remy a more lucrative contract, understood to be more than £70,000 per week.

Remy had previously indicated he would not join the Loftus Road club.

Remy's future was thrown into doubt after he was diagnosed with a heart condition before moving from Nice to Marseille in August 2010.

Following consultations with three cardiologists, Marseille's chief medical officer said that the player's problem would "not prevent him from doing his job".

Newcastle are privately stunned by the turnaround but there is a sense that if Remy sees the QPR offer as a better deal, then this setback may ultimately prove a blessing to the club.

QPR manager Harry Redknapp believes Remy's goals may be enough to lift the club away from relegation having scouted the player a number of times this season.

Remy has made 14 Ligue 1 appearances for Marseille this season but only started two games.

He was left out of Marseille's squad for their trip to Sochaux on Sunday.

Magpies manager Alan Pardew had identified Remy as the man to replace the departed Demba Ba.