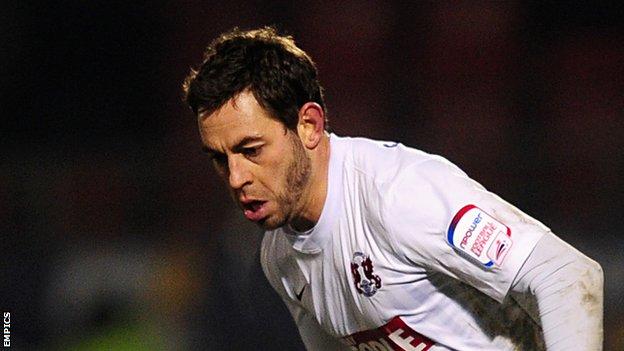 Lee Cook scored a late equaliser as Leyton Orient earned a point at high-flying Brentford, but the Bees still moved up to third in League One.

Early on, Martin Rowlands' free-kick put the O's ahead against his old club.

But the Bees turned it around when Paul Hayes and Clayton Donaldson turned home Sam Saunders corners.

The hosts then had Jake Bidwell sent off and, after they saw David Mooney miss from the spot, Cook curled home the visitors' equaliser.

After Bidwell saw red for a second bookable offence early in the second half, Orient began to pile the pressure on the Brentford defence.

And it was no surprise when they earned a penalty after Lee Hodson had felled another former Brentford player Charlie MacDonald in the area.

However, Mooney saw his penalty saved brilliantly by Bees keeper Simon Moore and the hosts looked on course to bounce back from their first defeat in 13 league games with a win.

But Cook struck late on to earn his side a point against the side who will face Chelsea on Sunday in the FA Cup fourth round.