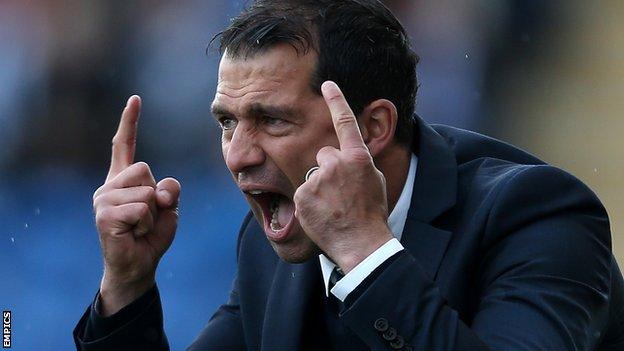 The U's boss admitted he was considering his future after they suffered a ninth successive defeat last Saturday against Scunthorpe United.

However, the club say Dunne will be "firmly at the helm" when they play at Hartlepool United this weekend.

"I still have every confidence in Joe's ability to turn the situation around," Cowling told the club's website.

"Joe cares passionately for the club, and only wants what's best for it."

"Therefore, following a run of defeats, it was only natural for him to consider alternate solutions, including his own job."

Dunne replaced John Ward as Colchester boss in late September and won five of his first six league games, but the latest defeat has left the team in the League One relegation zone.

Colchester signed Chelsea goalkeeper Sam Walker on loan until the end of the season on Monday and Cowling hinted more players would follow this week.

"Fans can expect two or three new signings before we go to Hartlepool with even more determination to reward our loyal fans for their support," he added.