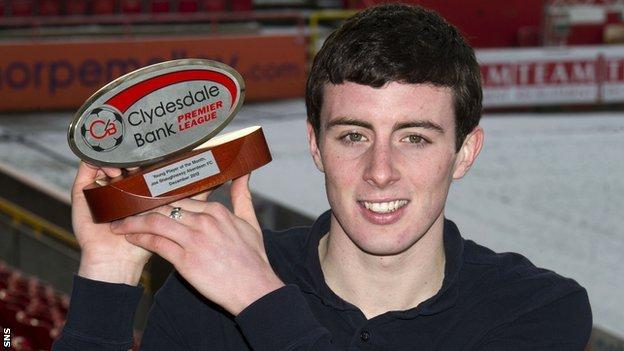 The 20-year-old defender from Galway made seven appearances for the Dons last month, scoring in the Scottish Cup replay win against Motherwell.

Having joined Aberdeen in 2009, he made his debut in 2011 before spending time on loan at Forfar last season.