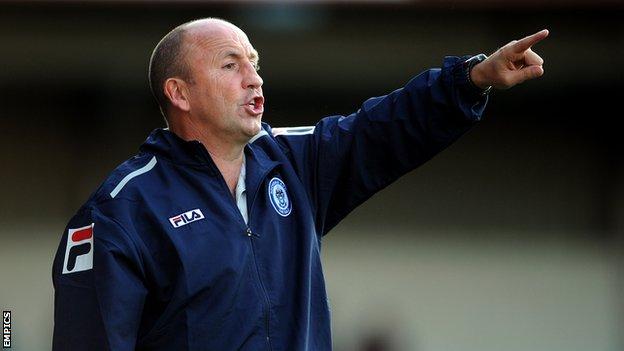 Manager John Coleman has insisted he will "get it right" at Rochdale, despite seeing his side lose eight of their last 10 games in League Two.

saw Dale slip to 14th in the table, four points from a play-off position.

"I love my job, I love the club and I'll work my hardest to get it right - and I will get it right," Coleman told BBC Radio Manchester.

The pair, who previously played under Coleman at Accrington,

Putterill played 22 times for the League Two side, while Craney featured on nine occasions.

Rochdale will hope to end their poor run of form on Saturday, when second-placed Gillingham visit Spotland.

"We're on a meteoric slide at the moment and we've got to arrest that," added Coleman.

"The first thing we've got to do is stop conceding goals. Every week we concede a howler and we conceded another howler on Saturday.

"We work, we prepare and we do everything right. You can't legislate for the mistakes that we're making."